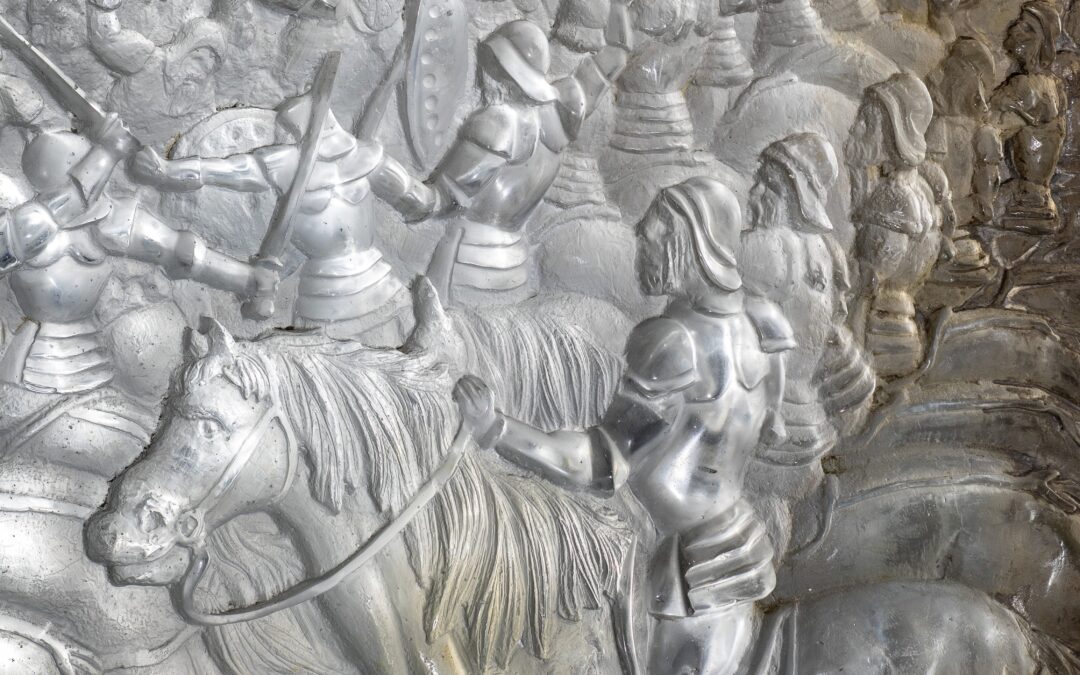 We’re delighted to share the news that Egyptian artist Wael Shawky has opened his first exhibition at the Lisson Gallery in New York. The show marks Shawky’s first in the Big Apple since his solo presentation at MoMA PS1 back in 2015. In it he transforms the gallery into an immersive sculptural environment titled: The Gulf Project Camp. The gallery space has been divided by a giant wall installation which acts as a stage for several new imaginative sculptures. Alongside this, Shawky presents a series of large-scale wood relief works, ink and oil drawings, as well as a selection of highly intricate cast glass sculptures that were produced in our studio in Murano. Among these you can view several existing new works by Shawky which revitalise the traditional bas-relief technique usually reserved for materials such as wood and metal and instead casts his intricate illustrations in glass.

For those who can’t make it to New York we’ve kept hold of several Shawky pieces which are on display at this year’s Glasstress. Our own collection includes two intricate marionettes from Shawky’s famous ‘Cabaret Crusaders”, the puppet protagonists of his three-part film series which retells the Medieval crusades from an arab perspective. We’ve also held onto one of Shawky’s original glass bas-relifs, a piece which depicts a vivid battle scene in the same vein as those currently on display in New York.
Shawky’s “Cabaret Crusades” (2010-15) has been selected as one of the most important artworks of the 21st century in a series run by critics at The Guardian in which they describe how the artist: “delights, ravishes and informs at every turn”. We couldn’t agree more.