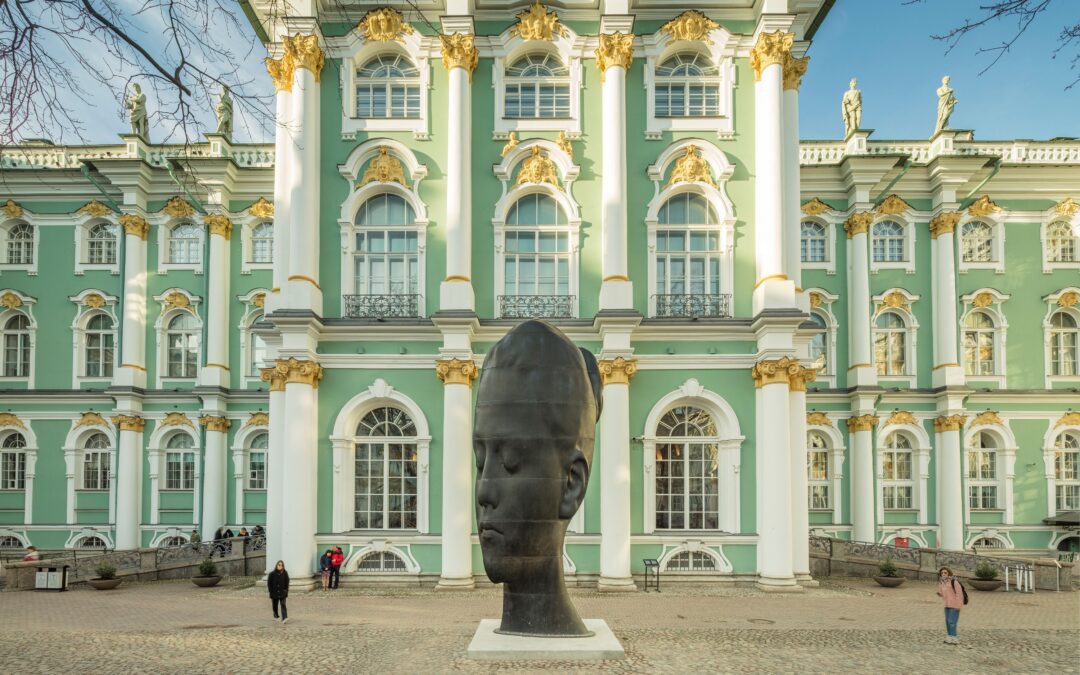 This Autumn Berengo Studio was delighted to transport Jaume Plensa’s sculpture “Carlota” to Russia and install the contemplative artwork in the external courtyard of the impressive State Hermitage Museum of St. Petersburg. The State Hermitage is the second-largest art museum in the world and was founded in 1764 by the Empress Catherine the Great, and has been open to the public since 1852.

Born in Barcelona in 1955, Plensa’s work is now shown internationally to critical acclaim, so organising the exhibition of “Carlotta” in Russia is just one of the ways we can continue to support and promote his work. In the anglophone world he might be best known for his giant twenty foot high and thirty-two ton sculpture “Laura”, made from twenty giant slabs of marble from the south of Spain, which was unveiled in New York in 2012. Plensa is an artist whose work has always held pride of place within our Glasstress exhibitions. His work has featured in editions of the exhibition from 2011 all the way to 2019. Ever since his piece “Cristina’s Frozen Dreams” (2010) appeared in Glasstress 2011, Plensa’s work has also travelled with us to exhibitions in Stockholm, Beirut, and New York. His sculptures already feature in public spaces around the world and he has won various awards for his pieces, including the Marsh Award for Excellence in Public Sculpture in 2009. 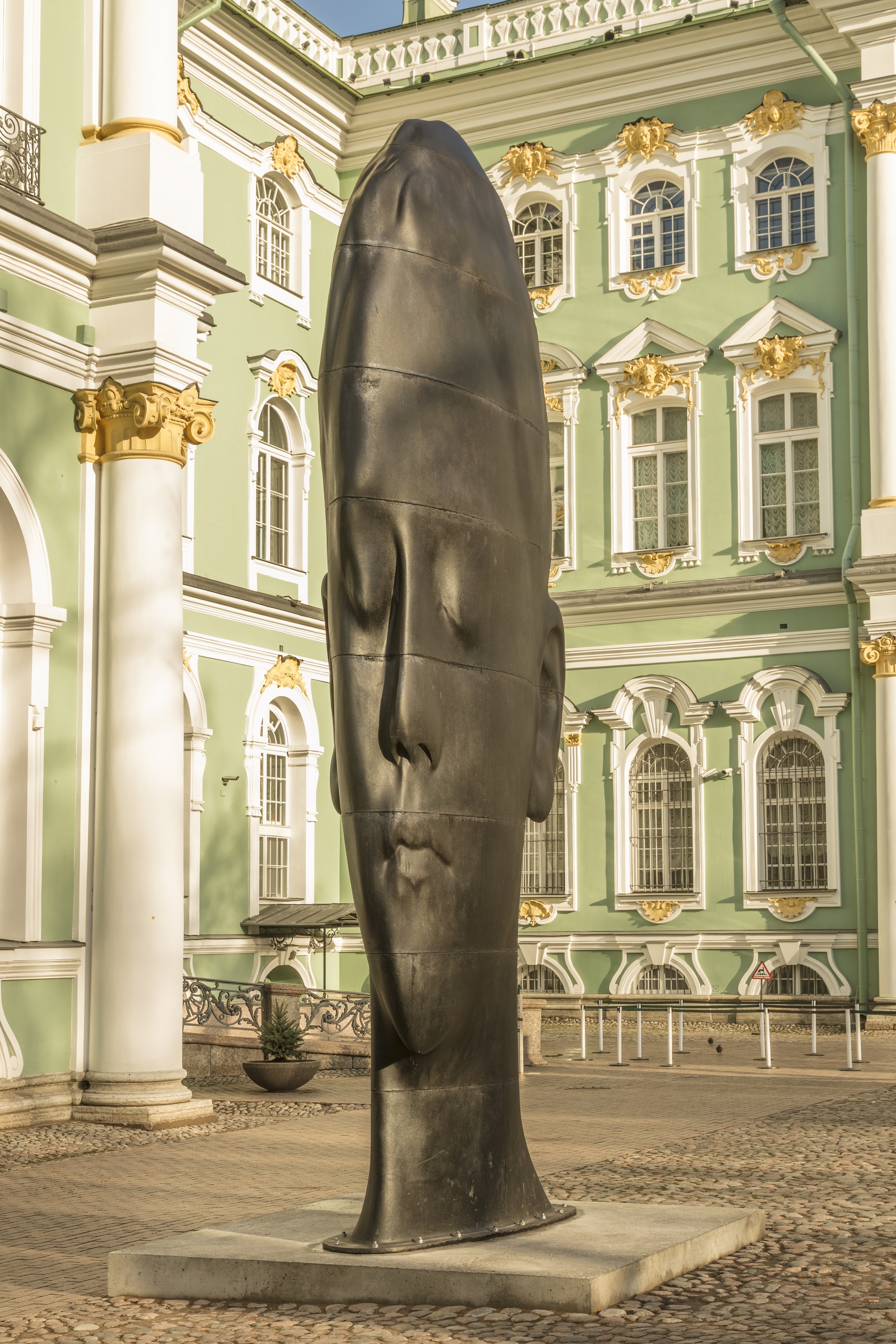 The Carlota on display in the Great Courtyard of the Winter Palace enters into a dialogue with the images from Antiquity and the Neo-Classical era in the collection of the State Hermitage, bringing together Mediterranean art of past and present. “Carlota” plays with illusions, the closer a viewer gets the more obviously the head is in fact distorted, despite appearing correctly proportioned and three-dimensional from far away. In his work Plensa has often repeated the image of Carlota in various scales and materials, yet almost always he depicts his subject with the same silent expression, her eyes shut in quiet meditation. Plensa has noted before that he believes Carlota to represent human dreams that become visible when people close their eyes. So ironically this beautiful sculpture asks its audience to look away, to close their eyes, and look within.

This won’t be the last you hear of our work with the State Hermitage Museum, we’ve already got some very big projects in the works for 2020. We can’t wait to reveal what’s in store…