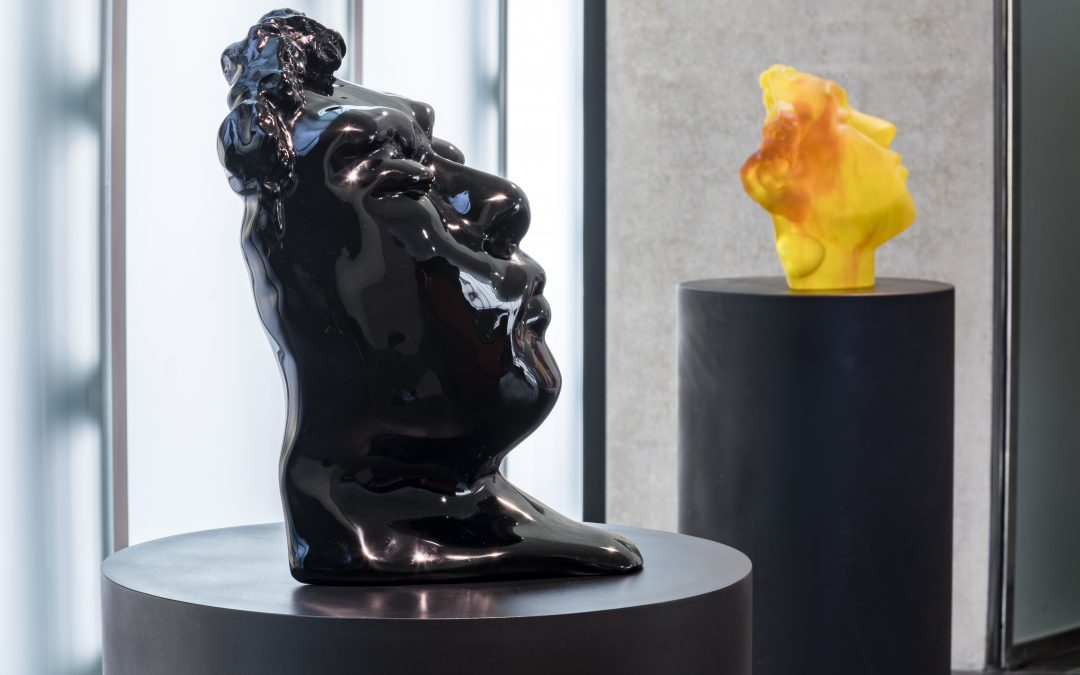 After winning the Golden Lion at the Venice Biennale 2005 German Artist Thomas Schütte has enjoyed a string of solo exhibitions and European retrospectives, the most recent being his first Parisian retrospective at the Monnaie de Paris earlier this year, which was met with critical acclaim.
With work that is often hailed as “unclassifiable” the award-winning artist has recently shown at the Moderna Museet, Stockholm (2016), the Beyeler Foundation, Basel (2013) and the Serpentine Gallery, London (2012).
Now he’s in Austria for a new exhibition, where he’s taken over the Kunsthaus Bregenz Institute for Contemporary Art, as well as public spaces all over the city of Bregenz. The exhibition presents a full range of works from giant sculptures to smaller more intimate pieces. It’s an endeavour that chronicles his practice from his student inspirations and experimentations to his ground-breaking modern sculptures.

In 2011 we invited Schütte to work in glass for the first time at our studio in Murano, so we’re especially proud to see such a variety of the Glasköpfe (Glass Heads) he made with us in 2013 feature in this stunning public display.
His striking sculptures, which often feature eerie human forms, directly address a wide variety of themes, from the asymmetry of architectural shapes to emotional confrontations with mortality.
The range of technical skill and intellectual interest in Schütte’s work is astounding, and it’s no accident that he’s recognised as “one of the principle re-inventors of modern sculpture”, to use words from the Monnaie exhibition.
As a student of Gerhard Richter at the Düsseldorf Kunstakadamie until 1981, Schütte worked hard to resist the lure of conceptual and minimalist art that was fashionable at the time and instead worked to develop his own unique form of representational art. The road less travelled, it’s a path that certainly paid off in the end.