“Glass makes you rethink.” A conversation with eL Seed 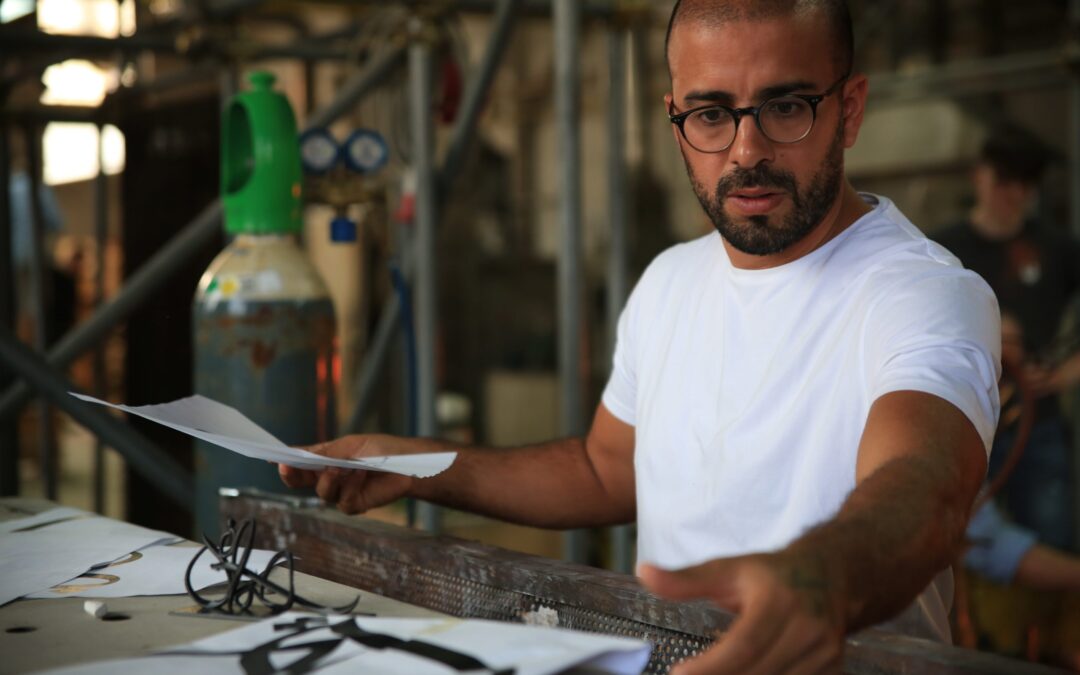 eL Seed is an artist to be reckoned with. With a signature style developed from a fascination with Arabic calligraphy he is perhaps best known for his large scale murals, which spread messages of peace and unity, using art as a universal language to uphold the commonalities of human existence. Last year we welcomed the artist to Murano for the first time. The results saw a radical sculptural reinvention of his unique calligraphy which went on to be exhibited in an exhibition in Milan alongside his two-dimensional works. In 2021 on his second visit we took a moment to catch up with the contemporary artist to ask him about how he came to work at the studio and, more importantly, what he got up to on his most recent visit…

How did you come to collaborate with Berengo Studio?

I have been following Berengo for some time on social media and always wanted to see how my work could be translated into glass. I was planning a show at Patricia Armocida Gallery in Milan. At this time, I decided, I wanted to have some work in glass shown at my exhibition.

What do you think of glass as a material for Fine Art? Had you ever considered it before hearing about Berengo Studio?

Glass is such a refined material, fragile and strong at the same time. I have never witnessed a medium that could be so alive. I was impressed. I believe that discovering Berengo and understanding the ‘infinite’ possibilities of glass encouraged me to try it.

How has the experience of working in the studio been for you? Has it been different the second time round?

It was two different experiences. My understanding of the medium was more clear after the first visit. The second time, I came with more confidence on what could be done. Also Maestro Nicola had a better feeling or comprehension of my work. He managed to translate my work in such an accurate way that I was so amazed. He also had the humility to let me sit on his chair and really feel the experience. I was not just witnessing the work being created under my supervision but I was able to feel it. It was such an incredible experience. It made me realize the amazing skills that the Maestros carry. 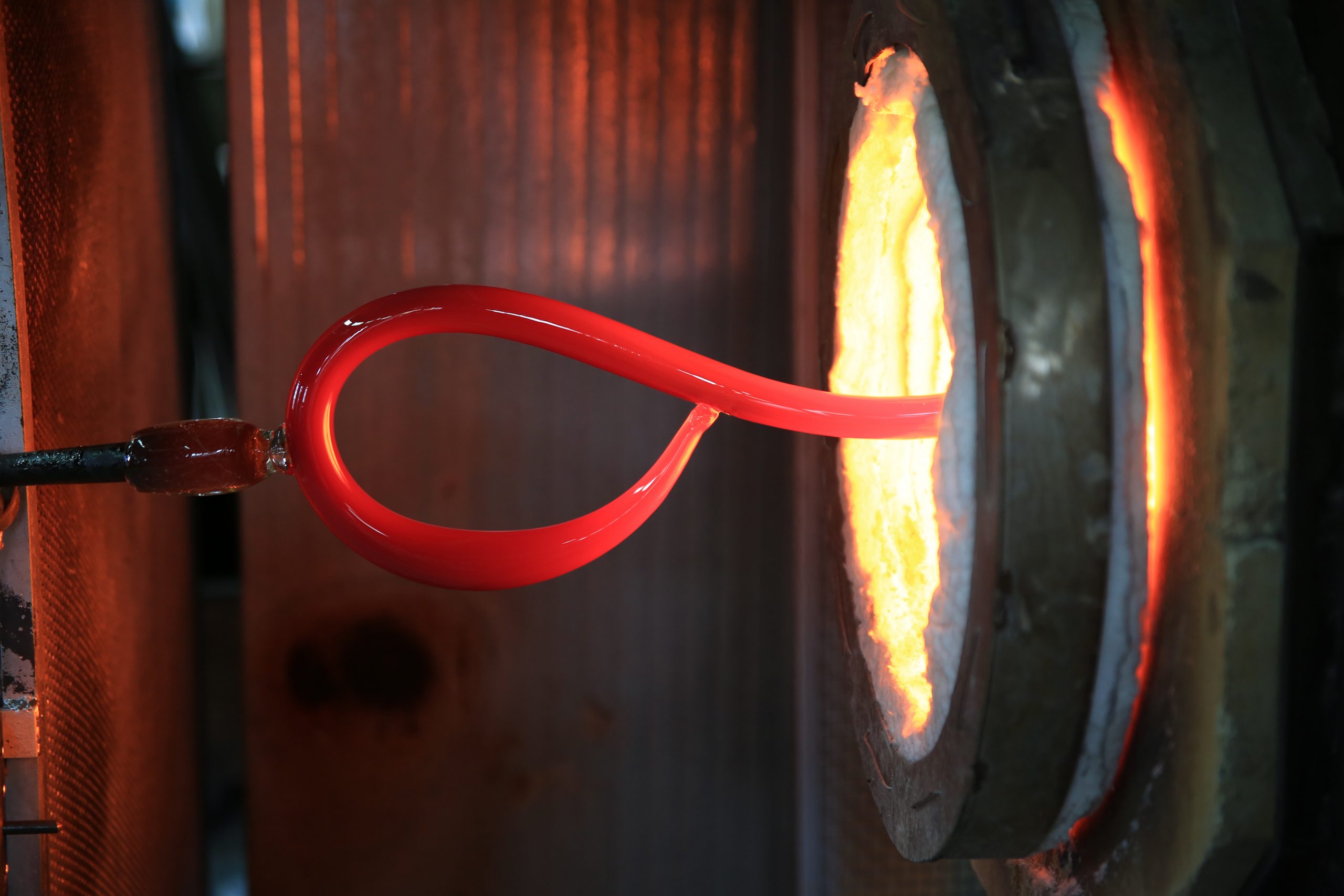 What was it like experimenting with new techniques? We noticed you hand engraved into the glass this time, what inspired that and how did it feel?

Maestro Nicola proposed to me to try the technique. I always carry a marker. He saw me sketching all the time. He showed me once and then I tried to write in the glass. The feeling was intriguing in many ways. Seeing the glass melting, creating the shape of my calligraphy under my finger, feeling the unbearable heat was just challenging but so pleasing once the piece was finished.

The glass masters you are working with are Italian, has the language barrier been a challenge? What methods have you developed to aid communicating your ideas clearly to them?

During my first visit, I created this small sculpture with wire to explain to him the flow of the shape. I also sketch the 2D of the shape on his table. He was then using it as a template to recreate the letters. During my second visit, I brought a 3D print of the sculpture I was planning to create. I think it helped a lot.

Has learning more about the process of working with glass influenced the artworks you wish to create using it?

Definitely. Working with glass showed me the infinite possibilities of the medium. Glass makes you rethink, deconstruct your work to skip the constraint the medium imposes on you. 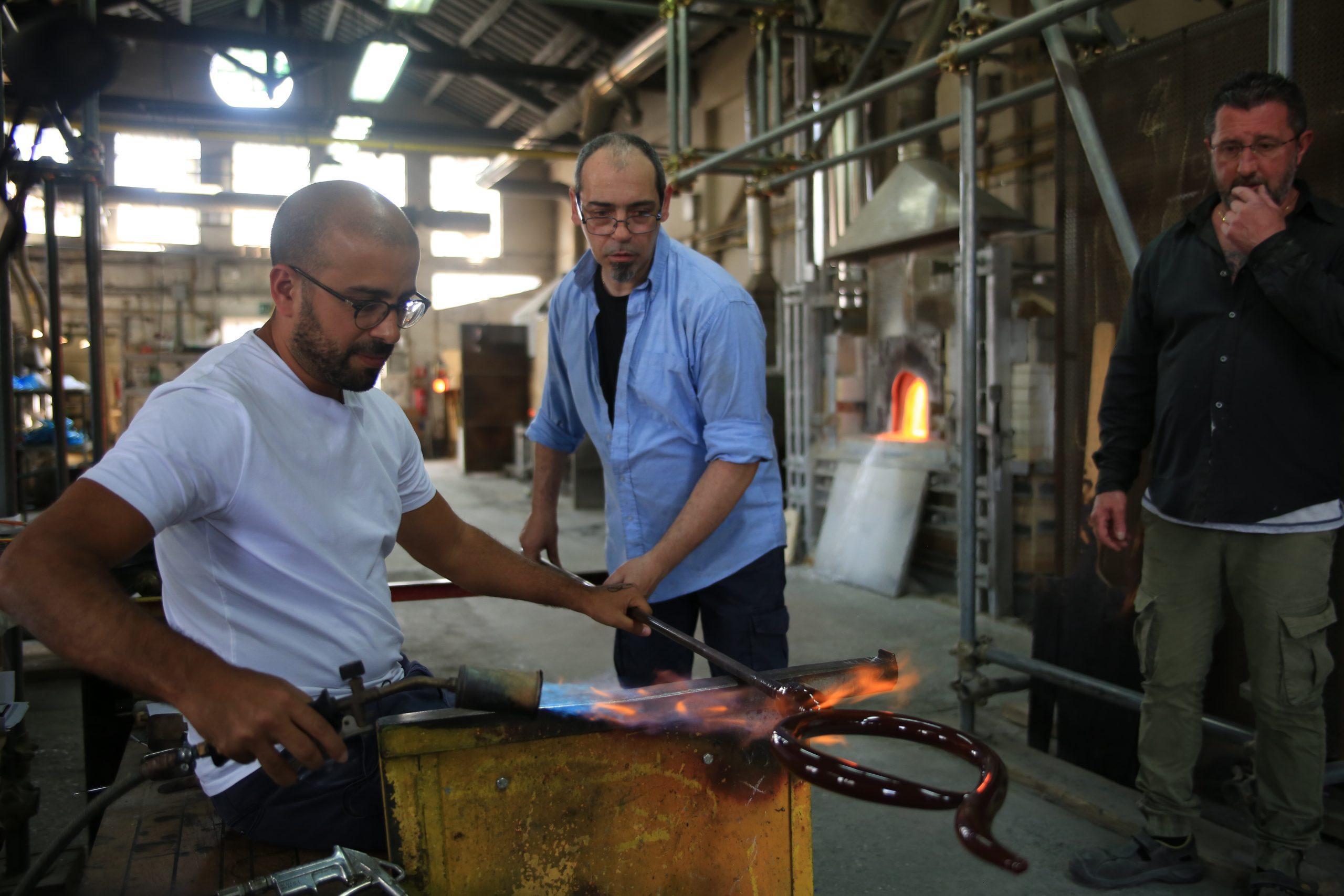 What is something you learned while working in Murano that surprised you?

The boss in the furnace is the glass. I learned that from Maestro Nicola who explained to me that the medium tells you when you need to stop. I found that so poetic.

What was your favourite moment in the process of working with glass? Were there any challenges you faced?

I love seeing the work moving before it gets totally ‘frozen’, while it is still hot. It feels so alive. The biggest challenge for me was to accept that the glass dictates the work. I love it.

What projects are you excited to be working on next?

My next challenge is a chandelier. I have spoken with Adrianno about it and I am working on it right now. So I hope to come back to Murano soon. 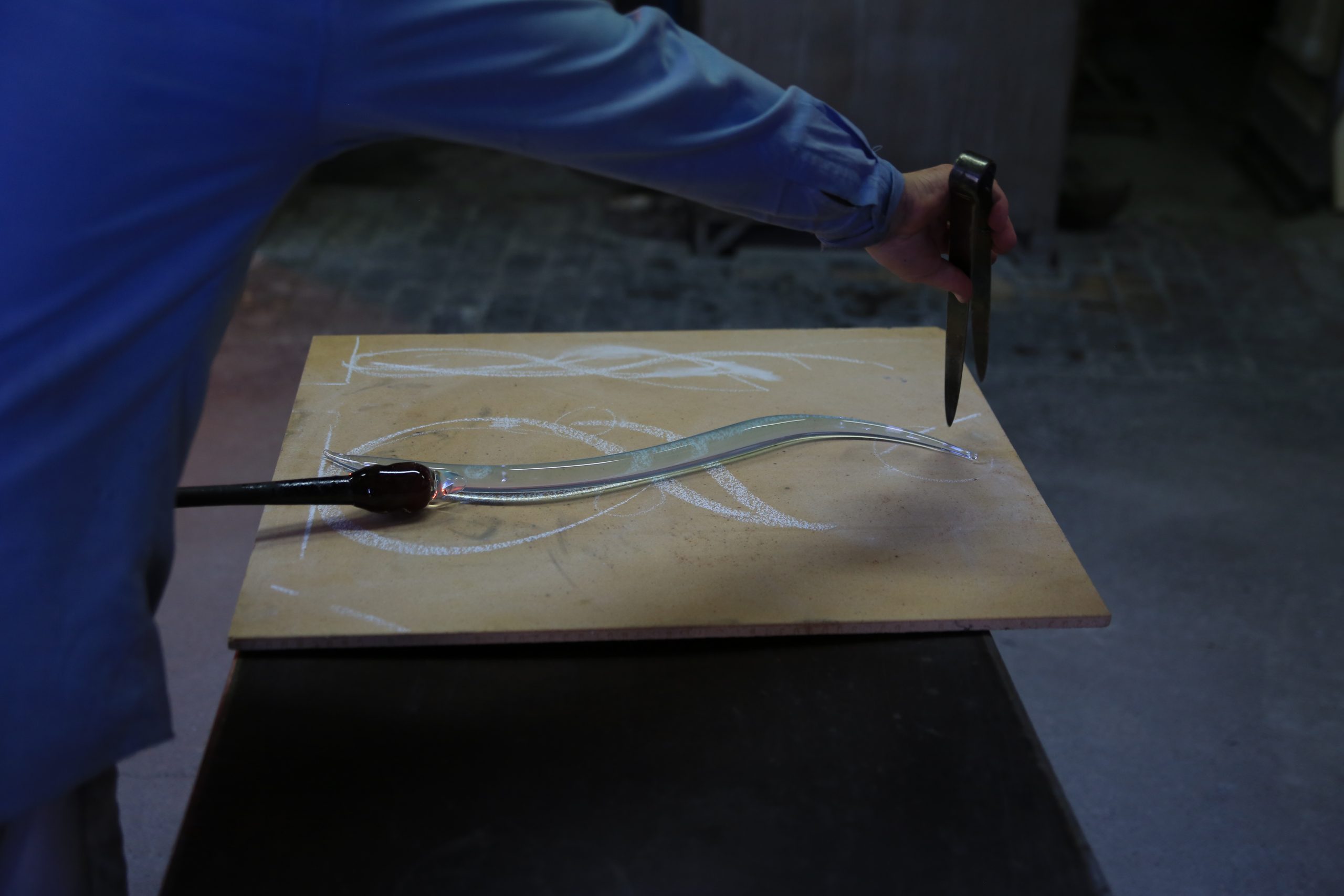