Berengo | Welcome to the glass revolution 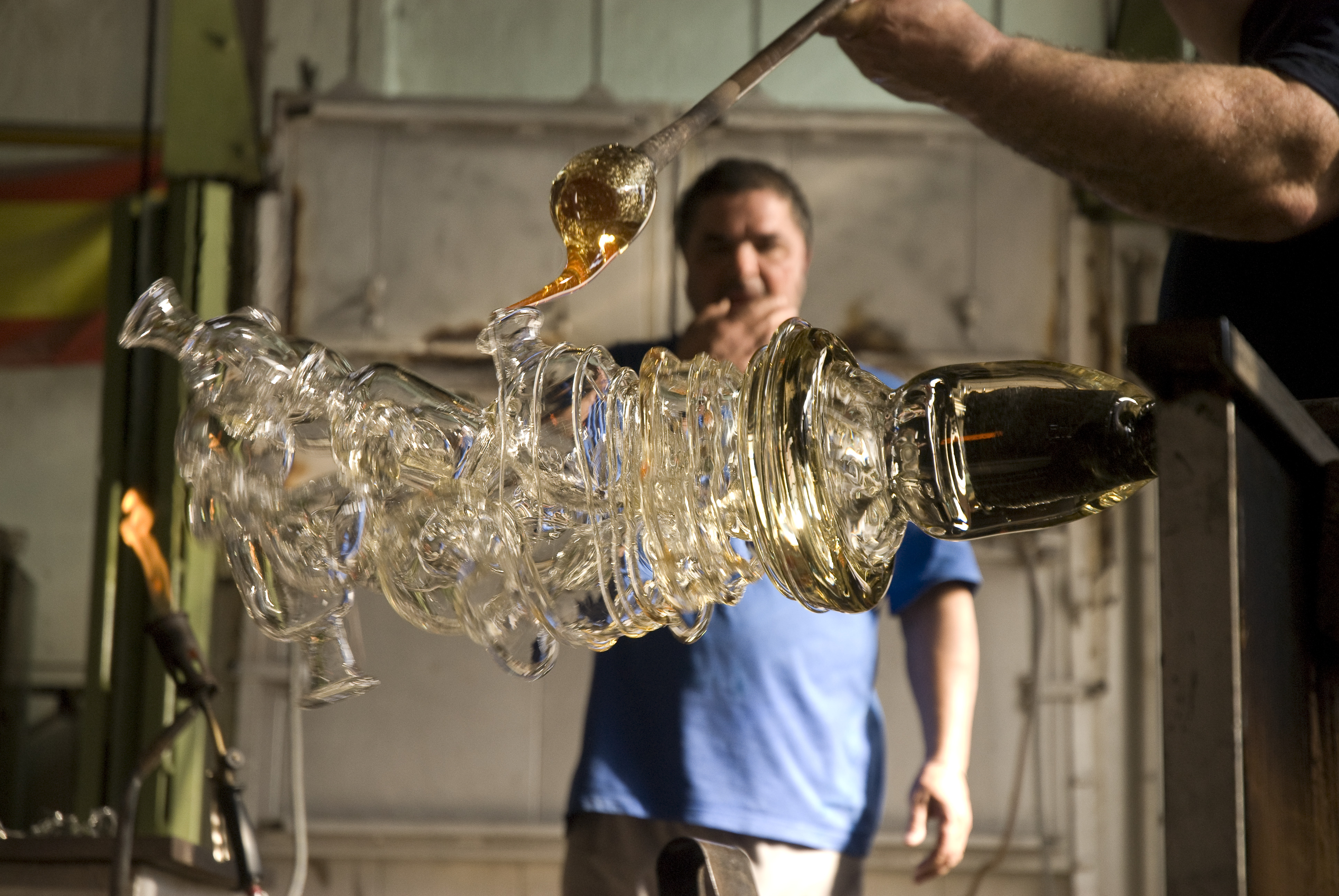 Berengo Studio, Fondazione Berengo and Glasstress: a glass studio, an art foundation and an internationally acclaimed exhibition. The three essential components that make up the Berengo universe, a place where artists, designers and creatives from every discipline create innovative works in glass, and together write a new chapter in the history of this ancient and beguiling medium.

Berengo Studio was founded in 1989 by Adriano Berengo, who set out to forge a new path for art made with glass by testing the boundaries of contemporary glass-making with his innovative and inventive approach. Inspired by the collaborative work of Peggy Guggenheim and Egidio Costantini in the 1960s who invited masters such as Picasso and Chagall to produce art in glass, Berengo decided to further this creative vision and bring new life to the world of contemporary art through the use of glass. He invited important international artists to Murano to collaborate with skilled craftsmen to create great works of art. It’s an enterprise which has seen the Studio work with the likes of Ai Weiwei, Tracey Emin, Thomas Schütte, and Laure Prouvost to name just a few. The dynamic partnerships created in the Studio have even resulted in the development of original techniques as craftsmen push themselves to their limits to fully realise an artist’s creative vision.

With time Fondazione Berengo was born, and along with Berengo Studio the institution has contributed at an international level to the development and promotion of art made with glass. Works made at Berengo are on display in collections (both public and private) around the world, including the prestigious Corning Museum of Glass Art. Berengo’s passion has been a driving force in the art world for bolstering the reputation of art made with glass over the last thirty years. A key contributor to the Biennale of Art in Venice the Studio has collaborated with artists to produce works for a number of Pavilions at this year’s edition. In fact the increase of artists exhibiting work in glass at the Biennale can be directly linked to the work of Berengo Studio, who have become a staple for artists wishing to experiment with the medium.

In order to share the works created by the studio with the public the collateral Biennale exhibition ‘Glasstress’ was founded in 2009, an art calendar event that continues to go from strength to strength. Rooted in Murano the exhibition has travelled across the world, with iterations appearing everywhere from The Wallace Collection in London and Makslas Muzejs “Rigas Birža” in Riga, to the Museum of Arts and Design (MAD) in New York and the Millesgården Museum in Stockholm. The ever-evolving exhibition acts as a vivid demonstration of Berengo’s continued legacy, exhibiting the outstanding range of artworks and vibrant creativity that Berengo has fostered in the last three decades to critical acclaim.

Adriano Berengo has transformed the world’s perception of glass as an artistic medium and nurtured those curious and creative enough to work with it. His determination has seen a true Renaissance for art made with glass, and through the ever-evolving world of Berengo his mission continues to be realised: welcome to the glass revolution.

An innovative glass-production company that has been working with glass for over three decades, pushing the boundaries of glass making and revolutionizing the centuries-old Venetian tradition of glass-blowing. Created with the collaboration of world renowned artists, the work produced in the studio is beautiful, powerful and truly contemporary.

Based in the Palazzo Franchetti in the heart of Venice, Fondazione Berengo was founded as a leading institutional voice to introduce glass to the world of contemporary art. The foundation is vital a force in the international art scene and has created a vibrant community dedicated to enriching the possibilities of artistic practice with glass as well with other mediums.

Glasstress was launched in 2009 as an official collateral event of the Biennale di Venezia. Today it is the world’s leading showcase for the collaborative work of contemporary artists with Berengo Studio’s Muranese glass masters. Artists of all disciplines from sculptors to musicians have been invited to collaborate with the maestros in creating art in glass.